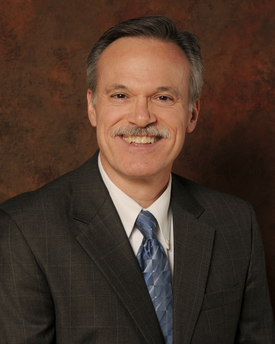 A Canton native, Dr. Bobell is a 1980 graduate of Canton High School, a 1982 graduate of Spoon River College, and a 1984 graduate of Western Illinois University. He received his Doctor of Optometry Degree from the University of Missouri – St. Louis School of Optometry in 1988. He and his wife Carla reside in Canton and have 2 sons, Westin, and Nathan.

With a strong emphasis on the value of community involvement, Dr. Bobell participates in many volunteer activities. He is a member of the Illinois Optometric Association, Canton Area Chamber of Commerce, and former member of the Kiwanis Club of Canton, where he served as president and secretary. Dr. Bobell was also on the Spoon River College Foundation Board for seven years, serving as president in his last year and was former commissioner on the Canton Park District Board.  He currently serves on the Graham Hospital Board and on the Board of Directors at Mid America National Bank.