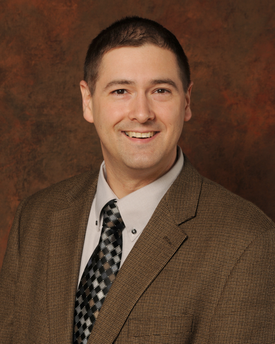 Dr. Buczko joined Progressive Vision Center in April 2010.  He received his Doctor of Optometry from Southern College of Optometry in Memphis, Tennessee in 2003.  Prior to optometry school, he attended Western Illinois University, graduating with honors in 1999.

While at WIU, he enjoyed playing trumpet for the marching Leathernecks and the Grammy-nominated Jazz Studio Orchestra.  Dr. Buczko has three boys, Jacob, Joey and Joshua who reside in Canton. Growing up in Havana, IL, Dr. Buczko has enjoyed returning to the Fulton-Mason County area.